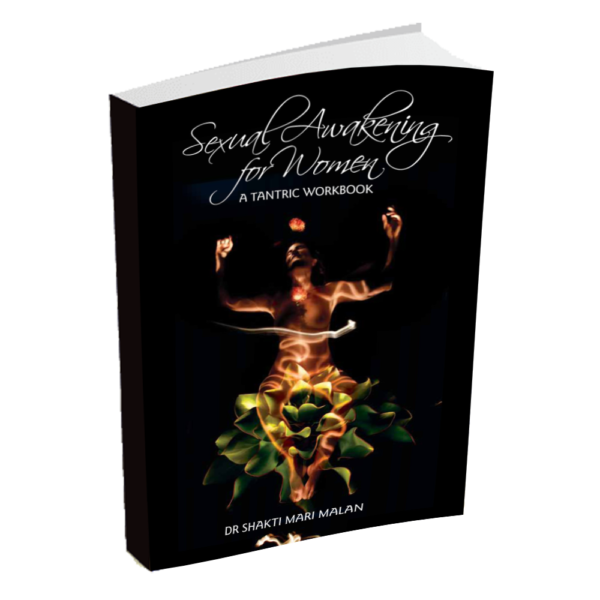 Sexual Awakening for Women: A Tantric Workbook is the opus that Shakti Malan wrote as a synthesis of her deepest work with hundreds of women. The book was first published in 2012 in South Africa.  It was written as an initiation into the deep mysteries of female sexuality - a journey within that emphasizes an opening to embodied bliss from the inside-out and allowing this bliss to ripple through the body as a deep relaxation and an ecstatic aliveness.

Sexual Awakening for Women: A Tantric Workbook is a handbook that can easily be used by women either on their own or in a group. Working through the book takes women on an intentional, experiential journey to awaken the flow of kundalini that connects sexual and heart energy, allowing women to taste again, and deeply enjoy, the bliss of female sexual energy.

Shakti believed that female sexual energy is a gateway to and a powerful vehicle for spiritual awakening. Women have a special role to play in the realization of this potential inherent in the sexual because it is the Feminine, though Her receptivity, that can lead the Masculine into the unknown… the mystery… that which is beyond the ego-mind.

We hope you enjoy this beautiful opus!

The Story behind the Picture

"Shakti wanted an image of herself skydancing on the front cover of her Sexual Awakening for Women book. She commissioned me to create an image of her skyclad (naked). Skydancing allows energy to move through the body in a state of ecstatic union with all that is.

At the time, on the earthly plane, Shakti had a lot on her plate. She had just completed a 7 day sexuality retreat as the main facilitator and the day after our planned creative collaboration, she was due to fly overseas to conduct further workshops. She arrived at my house in a rural area at 10 o' clock at night after driving for around 8 hours that day. On her arrival, we immediately went into creative mode. Shakti's energy was prodigious and her focus, machete sharp.

My photographic creative process makes use of the night as an extended darkroom. I employ a technique of long exposures and a moveable light source termed light painting. I draw my subjects in with a torch while the aperture of the camera remains open. A single photograph can take from 2 to 10 minutes to create. It is an image that is created rather than taken. Unaware of what my co-creator is doing in the dark, it is an exciting process of discovery as my torch illuminates them inch by inch, moment to moment.

Shakti wanted to appear in an indigenous South African flower. Unfortunately the beautiful proteas had finished blooming. But I managed to pick a leafy branch from a bush of the biggest of all proteas, the King Protea (really a Queen). I had an instinct the undulating oval leaves whirling around central stem, would create the perfect energetic, organic counterpart to Shakti's skydancing. The visual union of Shakti with the protea leaves was created in camera, in real time, during a single, long exposure. This allows for the magic of chance to enter the creative process. The cosmic backgrounds of galaxies were added afterwards, courtesy of the public domain Hubble Telescope images.

Mid morning, following a productive, creative night with very little sleep, it was time for Shakti to be on her way. With the ten minutes she had to spare, she wanted a quick swim in the dam. Straight away I suggested to be creative underwater too. I have found an inexpensive way to photograph underwater with my regular camera. Unable to see what I am doing, I rely on intuition and chance to guide the process. Shakti could instantly drop into a moment, surrendered in the full intensity of her presence. Water is her place of bliss, which she embodies as she floats in a timeless zone of waves and light.

I am passionate about photographic co-creations and am available to be commissioned. The collaboration becomes a shamanic process of revelation, uniting present energy bodies with future selves. It entails a day or two of quiet, restful relaxation in exquisite rural fynbos including swimming in dams to prepare for revelatory exploration at night.” 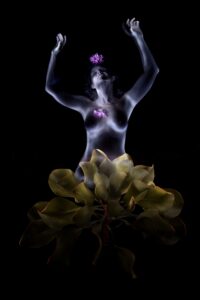 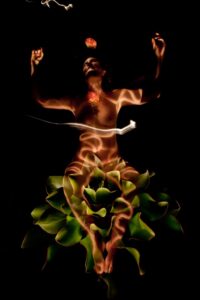 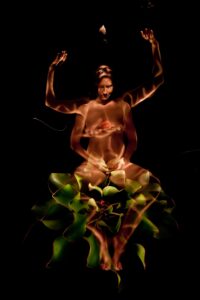 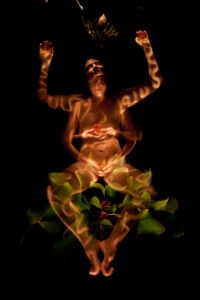 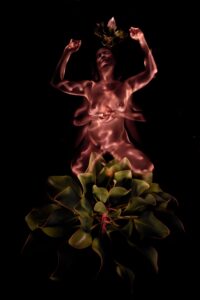 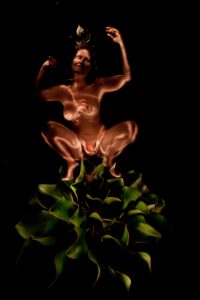 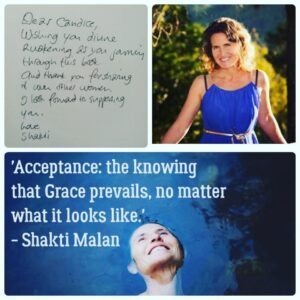 "You introduced me to the work of the Divine Feminine, a journey I have immersed myself into for 5 years. You were an incredible teacher - always tender-hearted, graceful and open. Rest in Joy, beloved Shakti”

How I love love love my study 😍 “Eventually our sexual energy exits through the crown of the head into a fountain of light. When this happens, we experience ourselves as one with everything; as much more than an individual body and personality” 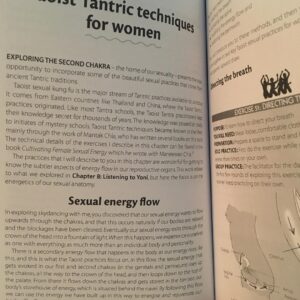 "And on the topic of being a Goddess, I would also like to pay tribute to Dr Shaki Mari Malan who recently passed. Her teachings, Sexual Awakening for Women, were instrumental in my hormonal balancing journey. In fact, a few days after I started my first 7-week Sexual Awakening workshop, I got my period - which I hadn’t received in nine months after coming off the contraceptive pill. I believe her work was the missing piece I needed to connect to my feminine flow and power. As in Shakti’s words, Sexual Awakening for Women is “an initiation into the deep mysteries of female sexuality. It is a journey within; an opening to embodied bliss from the inside out which ripples through the body as a deep relaxation and an ecstatic aliveness.” 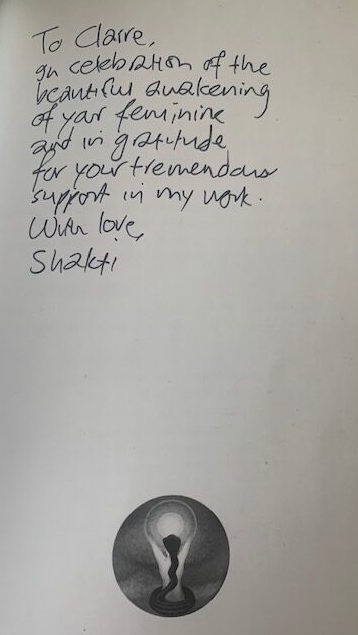 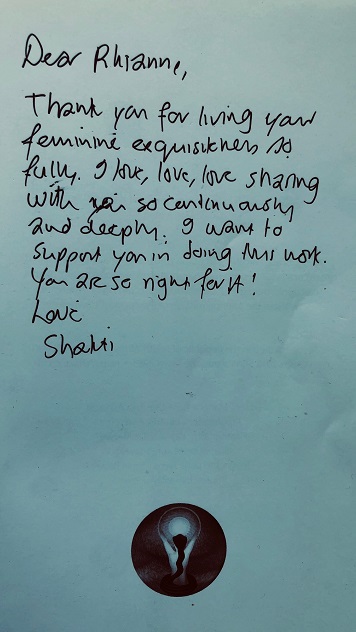 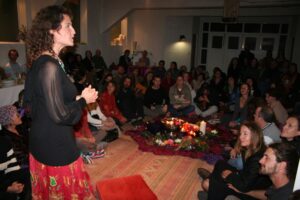 July 2012: The Forge in Kalk Bay, Cape Town was jam packed with beautiful people at the Book Launch of Sexual Awakening for Women: A Tantric Workbook by Shakti Mari Malan

"For us women to really discover our sexuality, it's a looking inwards. It's a closing of our eyes and imagining that we are looking down in the body. We need to feel ourselves from the inside out, which is the opposite of what most women experience because we are so attuned to our partners, children, and communities, and our sexuality can become so externalised. In the act of making love, for women the natural movement is very much like a river, a fluid, spiralling, circular movement, not at all what we see in the porn movies, which is the back-and-forth, pumping movement, very goal-oriented toward the genital orgasm. In fact, women's bodies want to really deeply relax and go into the soft, fluid unwinding. And that is the gateway.” 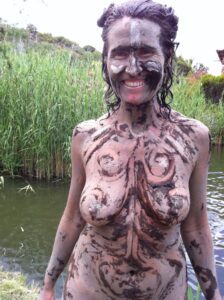 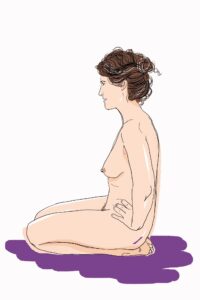 “The feminine principle is the sexual principle, there is no difference really between the feminine and sexuality. A feminine body is a round, fluid, undulating ocean of sexual energy that wants  to move in an undirected and explorative way… Female sexuality and our sexual organs are a gateway to our inner mysteries. When we return to the innocence of our bodies and our sexuality and stop using our bodies to please or get something from others, and when we return to a connection between our souls, hearts, and sexuality, then when someone enters into us, that entering is going to be an entering into the inner mysteries of the Divine Feminine. And with a conscious and devotional attitude to the act of lovemaking, the one who enters a woman’s temple will knowingly be entering the mysteries of the Divine Feminine, and will be transformed by Her.”

“The yoni holds qualities of awareness that are so vital that Buddha called it the gateway to nirvana. And yet, many of us have grown up to be suspicious of the yoni. The word “cunt” is used as a derogatory term, and yet the translation of the original term from which it stems from, kund, is “sacred container into which all rivers of life flow”. The yoni can tell us many things about our lives, and especially about our sexual relationships - if we let her talk, and if we are prepared to listen” 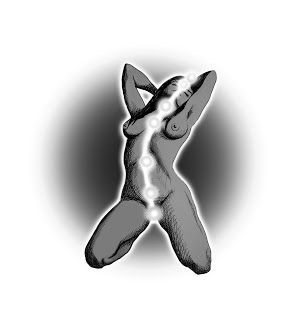 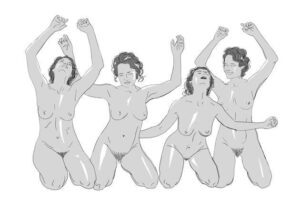 "Only when we wake-up as women, deeply connected to our desires, embracing our shadow as well as our divinity, will our relationships, and the world, mirror peace for us all…” 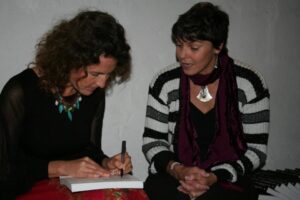 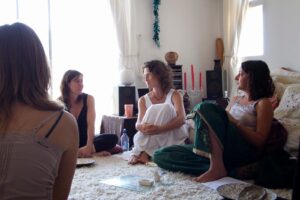 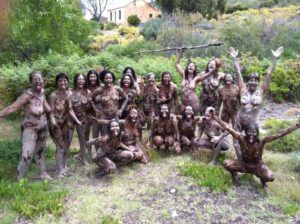 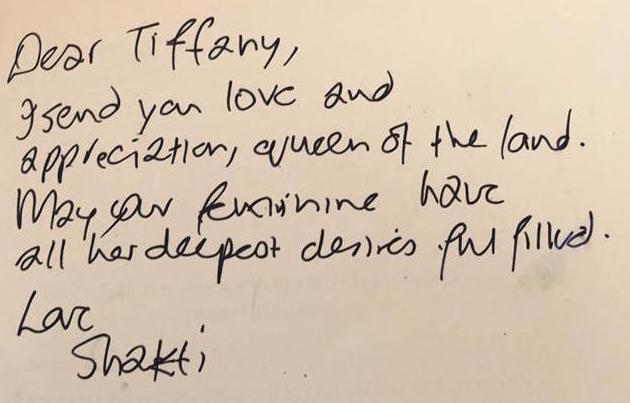 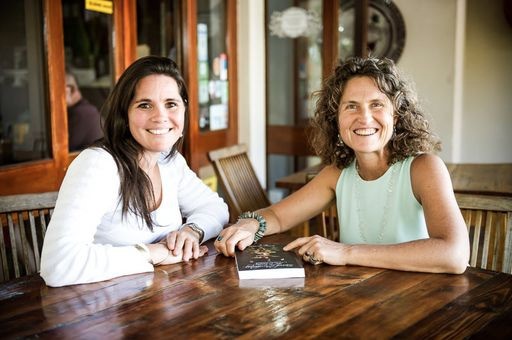